For My SnowBird Friends - Minnesota to Cut Estate Tax?

The estate tax is not only a hot button issue in national politics, it also plays an important role in the politics of many states. One such state is Minnesota where it appears that the estate tax might be cut earlier than previously expected. 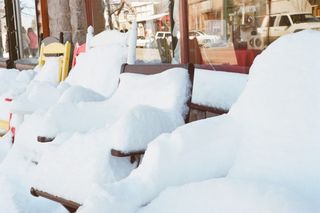 While Democrats oppose this legislation it appears that it has the votes to pass.

The Waseca County News has more on this story in a recent article titled "Minnesota lawmakers poised to limit reach of estate tax."

While the particulars of Minnesota's estate tax are probably only interesting to people who live in Minnesota, this can serve as a useful reminder to everyone that many states have their own estate taxes apart from the federal tax.

When planning your estate it is important to plan for the state's version of the estate tax, if your state has one.

However, if you move to another state, it is equally important that you look into whether your new state has its own version of estate or inheritance tax laws.

If you have recently moved to Florida, consider an estate plan review in light of our laws. Please contact my office to set up an appointment.  We might even be able to simplify your plan, since a state estate tax is no longer a factor.